Every Mason practices public relations whether we realize it or not, if we wear a ring, a lapel pin, or have an emblem on our car, we are PR men for Masonry. Simply put, public relations is the relationship an organization has with the general public. Whatever we do, while wearing a Masonic emblem, we are having a public relationship on behalf of Masonry. When we work in the local food pantry, feed the homeless, distribute clothing and food baskets to. the needy, we are doing something positive which the public recognizes and probably relates to our Masonic affiliation. When a lodge displays an emblem on its building, advertises its meetings in the paper, or lists a Masonic service in an obituary, public relations is being practiced.

When your lodge holds a Family Night, Friendship Night or Candidates Night, public relations is being practiced. All of these actions are publicity. While some Masons still prefer to keep Masonry’s lightunder a bushel, the fact is that same Mason probably wears a ring, or a fez, and that same Mason is making a very obvious public statement, and that is public relations.

What message will we send to the public about Masonry when we leave lodge tonight? Will we stop by the local bar and down a few? Will we cut someone off in traffic? Will we run a ‘(pink” light? Will we go 45 in a 35 mileper-hour zone? All of these actions are also publicity. Our behavior is our most important and most visible public relations program. In all three charges in the symbolic lodge we are reminded of the importance of our behavior. What the public sees is the perception the general public has about our great fraternity. Make us proud. Be a Positive PR Man for Masonry.

The Winds of Change by Paul E. Heilman

In the midst of the Atlantic Ocean, a ship is tossed about by a sudden storm. Waves pound the ship and rock it back and forth, back and forth, to the brink of capsizing. The crewmen are afraid, and as the storm worsens, they panic. Will they control the ship or surrender to a watery grave? What of their families? Their wives? Their children? The men reach deep within for strength and the will to persevere. They scramble to take the ship back from the sea. When the storm passes and the waters calm, the relieved sailors press on, intent on their quest of a new world. Driven by a deep passion to show the naysayers their determination, commitment and courage, the crew would risk their lives time and time again. For when Christopher Columbus and his followers sailed from Spain centuries ago, they were bent on success. There would be no failure for these explorers and adventurers. Theirs was testimony of human will and commitment for the ages. Like other pioneers, Columbus was not content with the status quo. For him, saying “it can’t be done,” was as much as a challenge to do and accomplish that very thing. We have benefited time and time again from those who said, “it can be done.” Engineers who sink oil drilling rigs deep into the sea. Scientists who find a vaccine for a dreaded disease. Lithuanians, Estonians, and Russians who believe they have a right to a democratic government. You and I can learn much from such pioneers. As a new era dawns in our Masonic fraternity, as we approach a new century, who will set the pace for our fraternity, for our nation, for our world? Who will voyage through uncharted waters and brave the elements to advance our people? Will it be you? Will it be you? Are you willing to risk it all as Christopher Columbus, in pursuit of the dream of a better community, fraternity and even a better world? Our journey through life is much like the voyage that Columbus made so long ago. Just as he constantly had to make decisions and changes in navigational course to reach the Americas, we must do the same as we cross the tempestuous sea of challenges our fraternity faces. Are we willing to make changes in our lives? . . . in our lodge? . . . in our fraternity? What should we change? If we figure out what to change, how do we make those changes? The first objection to any new program or even thought is our highly visible and often expressed RC Factor. RC referring to “resistance to change”. If one has an idea and presents it to the members the first action is to find reasons why it won’t work rather than why it will. Freemasonry tends to hide, bound in tradition, with the philosophy, “We’ve always done it that way and please, don’t rock the boat.” As one Past Grand Master once put it, “Don’t try anything new. For if it is successful the ones following get the credit and if it is not successful you get the blame”. There are, however, lodges within our fraternity who have found or should we say “rediscovered” the real secret of Freemasonry and are building a home for their members and their lodge in their community. Doing so not by expecting that it was the responsibility of the Grand Lodge to provide them with the light for their path, but by remaining open to new ideas. Accepting that change is not only possible, but also probable. This was possible only because the Masters of the lodge gave each member the autonomy to explore Masonry by his own path. Something not possible in the greater body of Freemasonry. Or could it be? One ship sails east and another west as the same south breezes blow. ‘Tis the set of the sail, and not the gale, that determines where we go. Brethren, will we control our ship or surrender it to the disbelievers? Let us get about the business of fixing the problem, not the blame. May our sails be full, our ship steady, and may the good Lord be our Captain as we endeavor to reach our destination. 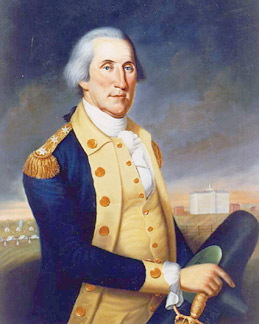 Written by George Washington in 1789, this was the first official Presidential Proclamation made in the United States.  Shortly after the Thanksgiving Proclamation was written, it was lost for 130 years.  It was probably misplaced when the US Capitol moved from New York to Washington, D.C.  It now resides in the Library of Congress.  And it reads:

Whereas it is the duty of all nations to acknowledge the providence of Almighty God, to obey His will, to be grateful for His benefits, and humbly to implore His protection and favor; and Whereas both Houses of Congress have, by their joint committee, requested me to “recommend to the people of the United States a day of public thanksgiving and prayer, to be observed by acknowledging with grateful hearts the many and signal favors of Almighty God, especially by affording them an opportunity peaceably to establish a form of government for their safety and happiness:”

Now, therefore, I do recommend and assign Thursday, the 26th day of November next, to be devoted by the people of these States to the service of that great and glorious Being who is the beneficent author of all the good that was, that is, or that will be; that we may then all unite in rendering unto Him our sincere and humble thanks for His kind care and protection of the people of this country previous to their becoming a nation; for the signal and manifold mercies and the favorable interpositions of His providence in the course and conclusion of the late war; for the great degree of tranquility, union, and plenty which we have since enjoyed; for the peaceable and rational manner in which we have been enable to establish constitutions of government for our safety and happiness, and particularly the national one now lately instituted for the civil and religious liberty with which we are blessed, and the means we have of acquiring and diffusing useful knowledge; and, in general, for all the great and various favors which He has been pleased to confer upon us.

And also that we may then unite in most humbly offering our prayers and supplications to the great Lord and Ruler of Nations and beseech Him to pardon our national and other transgressions; to enable us all, whether in public or private stations, to perform our several and relative duties properly and punctually; to render our National Government a blessing to all the people by constantly being a Government of wise, just, and constitutional laws, discreetly and faithfully executed and obeyed; to protect and guide all sovereigns and nations (especially such as have shown kindness to us), and to bless them with good governments, peace, and concord; to promote the knowledge and practice of true religion and virtue, and the increase of science among them and us; and, generally to grant unto all mankind such a degree of temporal prosperity as He alone knows to be best.
Given under my hand, at the city of New York, the 3d day of October, A.D. 1789.

WB Gregory J. Knott is the Past Master of St. Joseph Lodge No. 970 in St. Joseph (IL) and a plural member of Ogden Lodge No. 754 (IL), and Homer Lodge No. 199 (IL). He’s a member of both the Scottish Rite, and the York Rite, and is the Charter Secretary of the Illini High Twelve Club in Champaign-Urbana. He’s also a member of the Ansar Shrine (IL). Greg is very involved in Boy Scouts–an Eagle Scout himself, he serves the Grand Lodge of Illinois A. F. &amp; A. M. as their representative to the National Association of Masonic Scouters.